It was another podium finish for Harleigh Uren at Western Australian Off-road Racing Championship’s Bencubbin event, with his Maxxis Trepadors giving him the extra confidence to push on despite some intense challenges and against all odds.

“What a weekend – I would not have thought my result was possible after the start I had,” Harleigh says, explaining that getting to the event didn’t go well with a long drive due to an overheating truck!

The next day’s scrutineering went smoothly with excellent work having been done by the organisers and the farmers to provide a great racing track. “The extra length was going to be a bit of a concern but with such a great mix of terrain and track conditions I was looking forward to it,” Harleigh says.

He fired up the Maxxis Trepadors and headed out to recce the Prologue track, however his optimism was short-lived. The new drive belts fitted with the reinstalled engine stretched, leaving Harleigh with an overheating engine and he had to get towed back.

Not to be put down, with a quick replacement completed he was ready to get stuck into the 25km prologue, finishing with a great result in second place. It was at this point that the next challenge struck, the power steering pump failing to work optimally.  That together with some fuel issues combined to push Harleigh back to a 9th place finish in this stage, not quite what he had planned for the next day’s “Enduro”.

“Starting in 9th place was going to give me some work to do chasing others in the dust and trying to ensure I got back to the pits with some fuel left in the tank,” Harleigh explained.

With a masterful strategy (not to mention an awesome job done by the crew!), he managed to champion the fuel issues, keeping a good pace and in the process setting his fastest lap time of the day. The discovery of a split brake reservoir wasn’t going to get in the way either, and after some running repairs, Harleigh was back on the track.

“My Trepadors were really standing up to the track and the punishment, enabling me to push on through the terrain without a concern of damaging tyres,” he said.

While initially being unsure as to whether he would even get a podium finish, Harleigh secured an outright win (back-to-back with last year)!

Along with the magnificent work from his crew and support of family and friends, Harleigh acknowledges that his Maxxis Trepadors held up “sensationally – which we’ll take another win for Maxxis too. 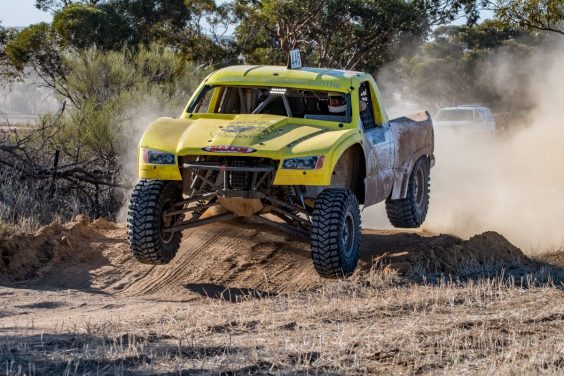 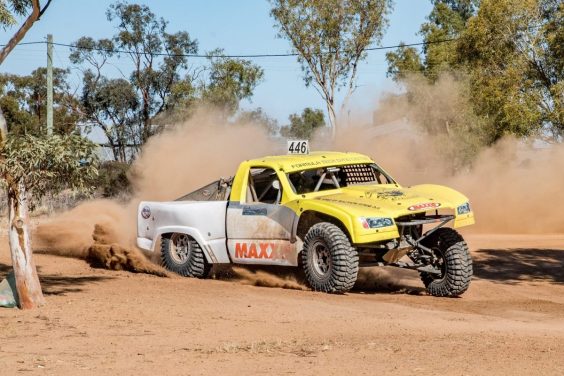